Amy Grant and Richard Carpenter Together 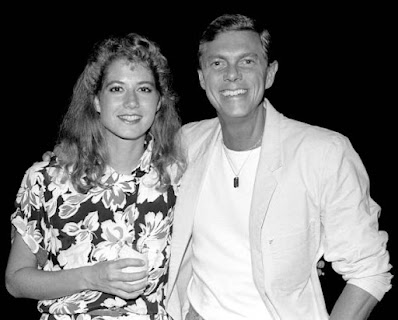 Here's a rarity I hadn't seen: A&M recording artists Amy Grant and Richard Carpenter together. The year is around 1987, when Richard released his first solo album Time, and Amy is between albums with 1985's pop infused Unguarded and 1988's excellent and critically acclaimed Lead Me On.
Their styles may be totally different, but there is one main connecting point: Merry Christmas Darling, made famous by the Carpenters in 1970. Amy recorded it in 1999 as an extra track for her Christmas to Remember collection. It's a fine version, but can anyone ever really top the vocal by Karen Carpenter with Richard's classic arrangement? Probably not.
Posted by Mark at Sunday, February 13, 2022

I would have loved to have heard Karen Carpenter sing "Breath Of Heaven" or "Grown Up Christmas List".