The Night I Met Karen Carpenter 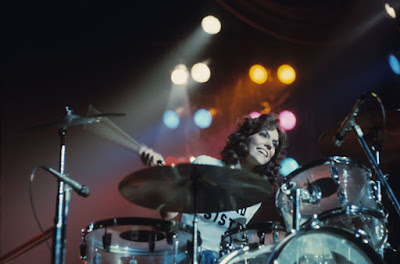 Long time readers of this blog or those who share on the A&M Corner discussion boards have never really read the story of me meeting my favorite vocalist: Karen Carpenter. Until recently, I never even thought that I hadn't told the story, but in researching for this post, I discovered I shared a bit of it as part of my review of one of their live albums.

The year was 1976, just shortly after the release of the Carpenters'  "A Kind of Hush", a soft and sweet pop confection that wasn't the highlight of their career (perhaps even, sadly, marking the beginning of their less than stellar chart performance in the latter half of the 70s), but it quickly became a sentimental disc for more than a few reasons.

I was finally of the age to go to Las Vegas, and I knew the duo would be performing at the Riviera Hotel in July. Living only a 5 hour drive away, it wasn't a tough job to convince my sister to go with me. It's a good thing I did as she is the one that got us backstage. But that part of the story comes later.

Reservations booked to stay at the hotel and for two shows. The dinner and late night show the first evening, and the return home on the second. Besides the expected clothing choices I packed, there were two very important pieces I just had to bring: my trusty camera to document it all and a "Cooking for Two" cookbook I had planned to give Miss Carpenter. Just in case. 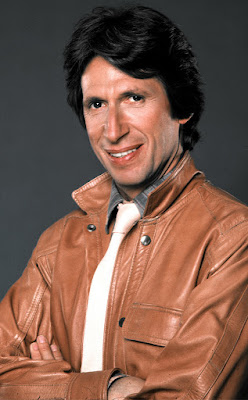 Looking back now, perhaps the duo and their management in particular had learned a bit from the unfortunate debacle with singer Neil Sedaka the previous year, Karen and Richard's opening act was comedian David Brenner. I do not remember much about him except the fact that his monologue was filthy. Funny, yes, but filthy- and I'm no prude. I grew up on late night television and watched Johnny Carson regularly with my grandmother. Probably I can't recall much as I wasn't there to see him. I could hardly wait for Karen to grace the stage.

Rather than recount the song list, which was remarkably similar to what appeared on Live at The Palladium (reviewed by me here), I'll focus on the evening itself.

We weren't seated in the best seats, but I bravely tipped for a better one- and much to my surprise, it worked. We had a fairly good view of all the action to come. I could hardly stand it. I have to thank my sister for being so patient with me while I had total geek out moments all night.

Starting with the voiceover announcing Richard and the swell of the opening music, it was time for the real show to begin. He walked out confidently to a good amount of applause, and then he took a modest bow and his place at the piano. As "Flat Baroque" gave way to "Only Yesterday", my heart pounded as I heard Karen's voice while she was offstage. When she walked out on stage, the crowd erupted with applause and even a few hoots and hollers. This lasted who quite awhile, making it pretty clear that in the public's mind, Karen was the star. How hard that must have been for Richard night after night!

The opening words of "There's a Kind of Hush" came playfully from Karen once we had all quieted down. Her extended phrasing on the words "all over the world" proved she could milk that line for all its worth. It was sensual and enticing, creating an intimacy with the audience and making it feel as if only two people were in the room. This is something Peter Noone from Herman's Hermits would never have been able to pull off. (Love their stuff and their version of "Hush", but c'mon.) What a great way to begin the song! After hearing her sing this song live, I wished she and Richard would have done the same treatment of it on the album version of "Hush". Imagine having two versions- the 45 as it was and the differing "Vegas" arrangement. Had it been 1978 and not 1976, to do this this type of slow start would have been all the range a la Donna Summer's version of Last Dance.

Anyway... if any of my close friends or family had ever doubted I was a Carpenters fan before, my sister was there to tell them as of that night, there would never be a doubt. Not only was Karen lovely, she was quite the performer. Regardless of all the great music and showmanship that came after this, I could never really take my eyes off her the rest of the night. Every time I listen to "Palladium", I get that same rush. It's instantly yesterday once more. 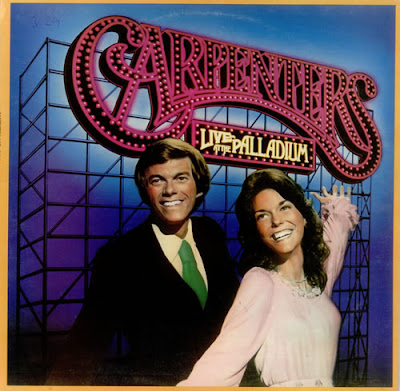 Following it with a delicate and heartfelt version of "I Need to Be in Love" proved Karen was every bit as gifted in person as she was in the studio. Since this is really isn't an album review, I'll stop here. (But let me say the infamous Grease medley was a lot of fun to watch in person!)

Between performances, we walked out of the showroom. Then came concert number two- as precisely perfect and an exact copy of the first one. I walked out dazed, so impressed with the talent of my favorite duo. Then the unexpected happened. 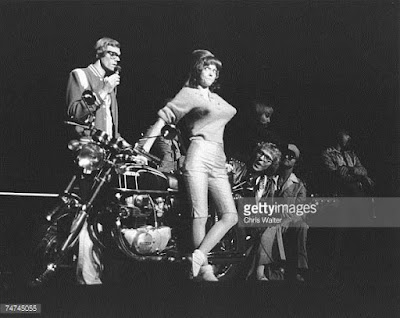 A bit of Grease pre-Olivia and Travolta- and a lot of falsies.

God bless her- my sister had the guts to ask the security guard if we could meet Karen and Richard backstage. He left, and we waited. As thrilled as I was to see Karen and Richard in concert, I would never expect I would get to meet them. Returning with an affirmative answer, we followed him backstage. I just panicked inside. What if my favorite singer was rude or uninterested? I'd be heartbroken.

As it turned out, thankfully, my fears were unfounded. Karen was down to earth and friendly. I noticed how small and thin she was, but she did not look unhealthy. I remember thinking she was much prettier in person, beautiful really, more than any photograph could capture.

We spoke briefly with her, Karen asking if we enjoyed the show and me thanking her for the music. I was surprisingly untongue-tied. I remember sharing my favorite songs with her, mentioning "I Need to Be in Love" and "Solitaire".  She smiled politely, and said she was glad I enjoyed it. I handed her the gift, and she thanked me. It seemed as if she was genuinely touched by my generosity and thoughtfulness. But in comparison, what could I give the woman who gave me so many hours of listening pleasure?

Bummer of the night? I had no film left in my camera as I has used all my shots for the evening's performances! After a few more words with Karen, we walked by Richard, who was sitting in a room. He briefly waved and then returned to business matters- and the many women who were waiting around him. My sister and I were then escorted out to the hallway from which we entered.

I was dazed, surprised, and oddly affected. Perhaps at peace knowing my favorite vocalist was a lovely and kind, real live woman. The most important piece of the night would come a year later when Karen would be used to introduce me to Jesus Christ, the Son of God.

Labels: a kind of hush, carpenters, david brenner, family, horizon, i need to be in love, karen carpenter, las vegas, live at the palladium, mgm-grand, music, richard carpenter, riviera hotel, when i fall in love

That must have been a very happy experience for you. I never met Karen. Karen nonetheless always came across as genuine in interviews. I know what you mean. You do not want to meet celebrities to a certain extent because you are afraid you might be disappointed. Very nice to know that Karen took a little time and was warm.

She was lovely- much prettier than you'd think from her photos. Thank you for reading.