It's a Wonderful (Animal) Kingdom

Editor's Note: As I prepare for Part Four of this popular series on the development of one of the most beautiful Disney parks, it seems appropriate to repost this in honor of the beginning of the D23 convention. This park truly represents Imagineering with some of its best work... 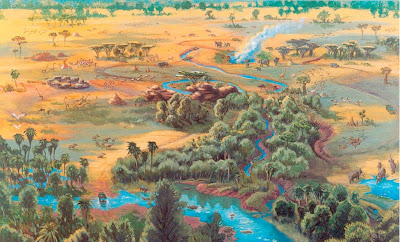 Earlier this year, Disney’s fourth and largest Florida theme park celebrated ten years of delighting, thrilling, or frustrating Walt Disney World guests. Plans for the future have yet to be made public, but let’s look back at the past, discuss the present, and speculate on the future of this wonderfully imagineered playground.

Why is there such a deep appreciation and an equal disdain for Disney’s Animal Kingdom? It stands distinctly different from the Mouse’s other playgrounds in the Sunshine State. For its fans, the combination of a brilliant and daring design, consistent theme, and faithful execution brings new and unique adventures and environments. Its detractors would counter there are too few attractions to hold their interest for an entire day. Both sides agree the park is a beauty to view. However dazzling this combination zoo, botanical garden, and theme park is to behold, there are also the intangible factors that draw us to it when we can look past the limited number of adventures: there is a deep emotional connection that comes from our love for nature and animals. It meets our desire to run away from the concrete jungles of modern day life and reality- if only for the day! The park is a unique entity among Disney’s theme park roster, one that will probably never be duplicated.

Beginning with Mickey himself, animals of all types and depictions continue to be a great and profitable fit with Disney. According to company lore, Walt’s well-known love for animals and exotic locales, evidenced by the inclusion of Adventureland at Disneyland, California, and his True-Life Adventure films formed the emotional heart of Animal Kingdom long before ground was ever broken. In reality, when discussion began about the creation of this park in 1989, it may have truly been a strictly business decision that brought it to fruition.

The Magic Kingdom was a concept unique to Disney, successfully capitalizing and expanding upon the reputation of its older sibling in California. The next park, EPCOT Center, conceptually different in Walt’s mind but with its execution clearly inspired by world’s fairs and corporate America trade shows, transformed Walt Disney World from a single day destination to one that could consume a traveler’s entire week. Disney-MGM Studios debuted and was the least original of the three parks, taking ideas from Universal Studios in California and Disneyland, including a new Main Street of a different era for its entrance plaza.

Michael Eisner, brilliant or be damned, was the driving force behind the creation of a nature focused park. Bringing a competitive, and some would say greedy, nature to the business, he guided the company into direct battle with his once friendly neighbors, desiring to capture all the time and money any visitor may have in Central Florida. Disney-MGM Studios Theme Park had just successfully launched to square off with the soon-to-come Universal Studios. Pleasure Island was Disney’s answer to Orlando’s popular Church Street Station, Typhoon Lagoon their response to Wet N Wild, and myriads of resort properties were added to the entire Disney complex to grab a large share of the hospitality industry’s bread and butter. Earlier in the decade, Epcot’s Living Seas pavilion took a swipe at Sea World, and now Disney’s Animal Kingdom was looking to take a large bite out of Busch Gardens popularity in nearby Tampa.

The Studios park was jammed with guests from opening day on, and the atmosphere was rich but the attractions were few. Plans were quickly put into place for expansion, and discussions began on what to do next. Outside the new park, visitors filled the water parks and daytime entertainment and shopping areas. Flush with success and lots of money to invest, Disney executives believed a large audience remained untapped. With the astounding success of all the new offerings on the property, it was only a matter of time before the strategy gelled to add another park to lure and keep vacationers on Disney soil. Watching its competition for further clues, all it took was a glance at what was going on in Tampa to realize people’s love for animals and for the Disney characters would be a hit when combined. Polls taken at the other parks confirmed the company’s hunch. The “blue sky” imagineering quietly but quickly began. 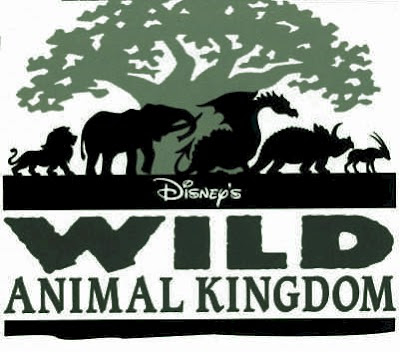 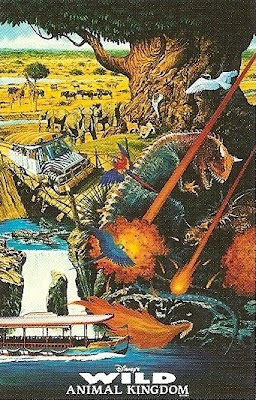 Joe Rohde, who was intimately involved in the now defunct Adventurer’s Club at Pleasure Island, got the go-ahead from Eisner early in the new decade to proceed. He would head up the small but talented team to design the new park. With only a few months, a relatively short amount of time, and a high level of secrecy, this crew began to dream, plan and envision a park that would capture an audience and their money.


The designers instinctively knew Disney’s Wild Animal Kingdom, (as it was first named), had to be different from the other Florida parks, yet it had to appeal to the masses as well. Could Disney pull off a zoological park that didn’t look or feel like one? It had to be one that could excite and not bore. These became the core challenges. The Imagineers and the money men were well aware that travelers would avoid the new park in droves if a run-of-the-mill zoo was the first impression the park left its early guests. 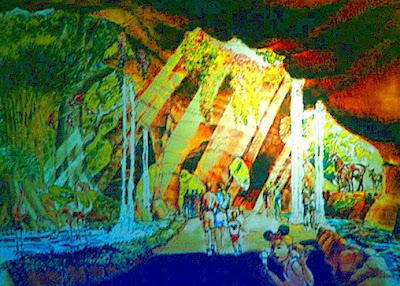 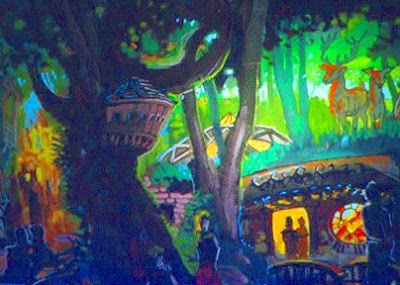 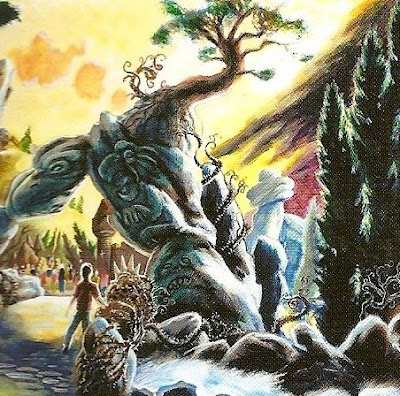 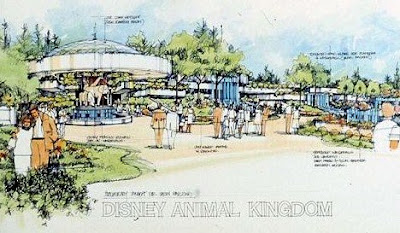 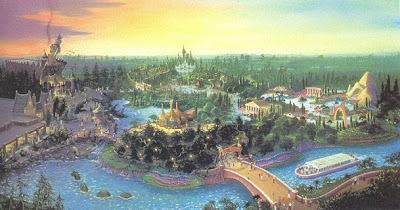 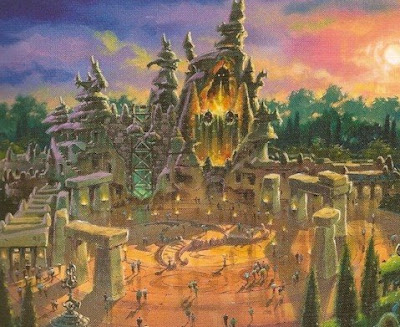 (Thank you to Tales from the Laughing Place for the image above!) 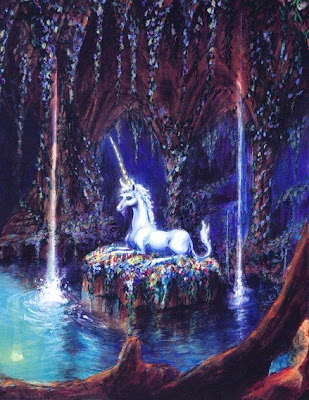 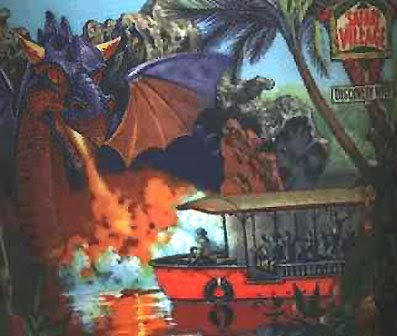 The main themed areas were now in place, but the Imagineers had another challenge to solve as well. What should be the park’s identifying icon and how would they set the stage for an arriving visitor? The Magic Kingdom and Studios parks both used a long walkway leading from the park entrance toward its respective icon. Epcot utilized a welcome garden type area then allowed guests to walk under Spaceship Earth. After many different ideas were discussed, including entering the park through a recreation of Noah’s ark, Joe Rohde and team took a unique approach to solve the problem.

To quickly establish the idea this park was built for exploration, wonder, and maybe most importantly, was not your mother’s zoo, guests would pass the turnstiles and enter the enticing Oasis Gardens. This area establishes the feel of the park: there would be multiple paths to explore and animals and birds all around. With the vegetation lush and strewn with tropical flowers, streams, and small waterfalls, this place would be a place to relax as well as have fun. Nooks and crannies discovered along the way would contain animal exhibits quietly hidden for the folks who would choose to take the time to find them. Multiple paths into and out of the gardens encourage visitors to explore. All this to bring a sense of mystery. Once the chattering of birds and small creatures intermingled with the sounds of human laughter, anticipation would be built. What would it lead to?

To ensure the park had an extremely authentic and exotic atmosphere, the Animal Kingdom team wisely involved Paul Comstock, the modern day genius landscape architect behind so many of Disney's wonderful theme parks and resorts. Mentored by the legendary Bill Evans, his reputation is crowned by his breathtaking work on Disney's Animal Kingdom. This unique combination gives the park its bold flavor. (Below is one of Paul’s original landscape plans. To view more of his two decades of work at Disney, see his portfolio at his new employer, Valley Crest Design Group.) 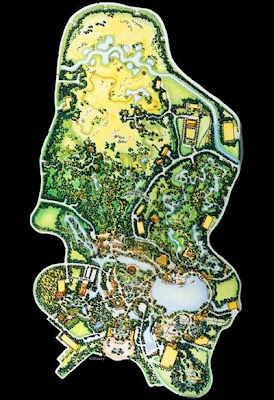 The landscaping plan for the park is spectacular, but it is the man made masterpiece, the Tree of Life, the park’s chosen icon, that was intended to steal the show. This astounding structure is a piece of art unparalleled in Disney’s history. Designed to quickly brand the Animal Kingdom, there are more than three hundred animals are carved into its trunk and branches. Surrounding it are even more gardens, streams, and waterfalls. The Tree of Life was a bold and breathtaking choice. Situated on Safari Island, there were various concepts initially proposed for the area before the designers settled on the final one. 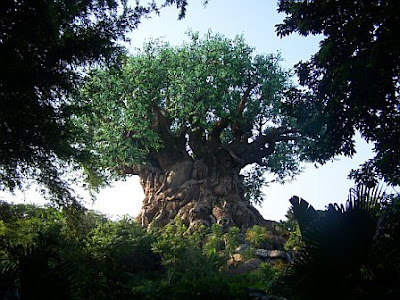 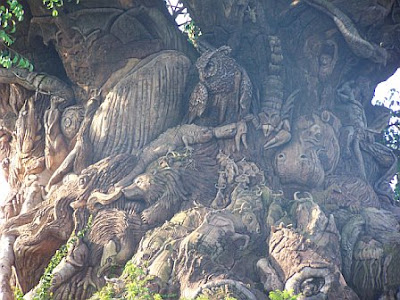 As expenses grew making accountants nervous, plans continued to evolve to balance the centuries old tension of art and commerce. The victims of cost cutting meant a haven for meeting the Disney characters replaced the beautiful landscapes and attractions of Beastly Kingdom, old parade floats from Disneyland were turned into the Festival of the Lion King show, and the exciting Excavator coaster for Dinoland U.S.A. became extinct. In what was ultimately another concession to the business side of the Mouse House, a 3D film based on an upcoming Disney/Pixar movie “A Bug’s Life” would be placed inside the majestic Tree of Life. Although fewer attractions would premier on opening day than what was originally designed, the park promised and would deliver enticing adventures for those guests who chose to look beyond the traditional Disney park experience. 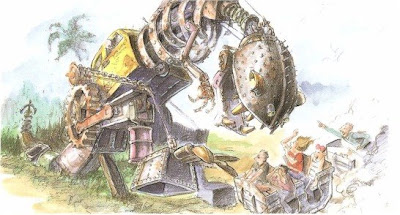 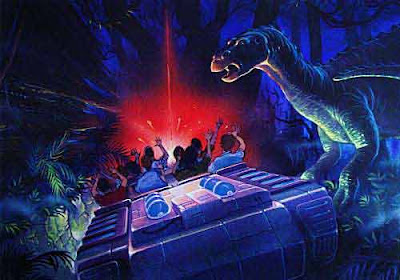 (All artwork copyright The Walt Disney Company. Photos by Mark Taft. All rights reserved.)
Posted by Mark at Thursday, September 10, 2009