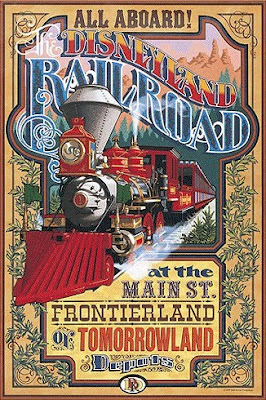 The park's posters are fine works of art, and they set a tone for the guests' Disneyland experience as to what adventures lie ahead. They also represent the amount of care Walt Disney and his Imagineers took to set apart this theme park from the many local fairs and carnivals before it.

I want to thank the various sources from which I have collected these over the years. Some come from the incredible Daveland blog- a very fine source for current and retro Disneyland history, photography and other fun tidbits, some "unofficial artwork" from Greg Maletic, and some from many others- including scans and photographs by me and others. Thank you to everyone involved in documenting these!

As you view these posters, you'll notice changes in colors, names of attractions, and even multiple posters for the same attraction. I am hoping the blog posts will be "living" in the sense that you the readers would feel free to send me any new ones or better scans that you may find. Lastly, have fun! This project has been growing over many years- and it has been a blast!

The Disneyland series is complete. That is, until a new attraction poster comes along. Feel free to look around the blog for more.

When I get the drive to do it, I'm going to put together a series on Walt Disney World attraction posters. It's already being worked on, and I'm looking for the infamous Haunted Mansion poster in good form. If you happen to have a great scan of it, send it my way...
-----------------------------
As Walt Disney and his team were planning Disneyland, they instinctively knew this was going to be a different type of park. How could they communicate to the public what they would see in it? Of course, television played a huge role in sharing the vision and the details.

With a plan for the park to be defined by the railroad tracks, it was only natural that the Main Street U.S.A. train station would be at the park's entrance. It would have two tunnels in which to pull guests from the front of the turnstiles into Main Street, one on the left and one on the right. Inside these tunnels, the Imagineering team proudly created posters advertising the attractions.

Over the years, the attractions would also be found in front of the park along the fences and over park benches as guests found seating alongside the main entrance. It's only fitting that we begin this look at the attraction posters by starting with the ones first encountered by the earliest guests- the ones for Main Street U.S.A. 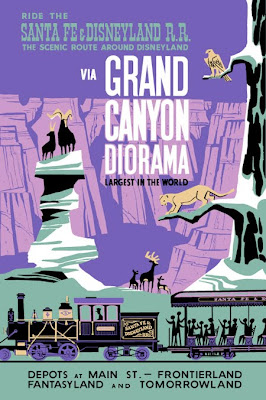 Although the Grand Canyon Diorama was a very small part of the route, this poster did a magnificent job of communicating the grandeur and beauty to be found by guests making the full circle tour on the trains. 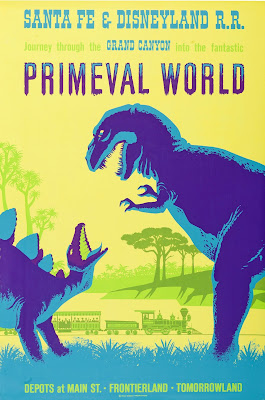 Primeval World would come later and provide even more thrills. 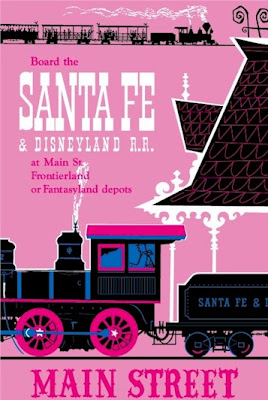 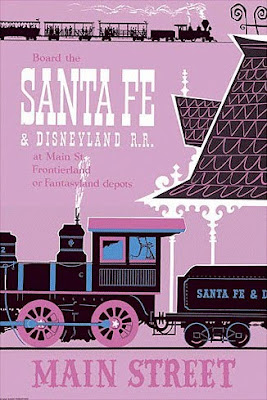 It's difficult to tell which color scheme of the attraction poster was actually used. Either way, the artist's use of colors not normally associated with railroading and bold imagery created a stunning representation! The beautifully intricate version at the top of this post came many years later, communicating the elegance of Disneyland's railroad in an entirely different way than earlier versions. 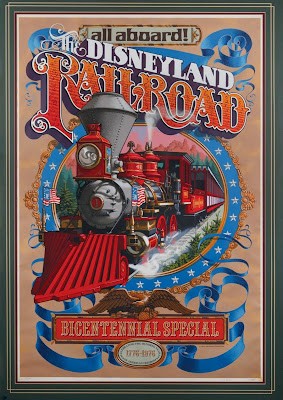 The Disneyland Railroad continues on as a major fan favorite. It is so revered among fans, that the attraction was celebrated along with the Centennial celebration of the United States of America in 1997. The poster above is quite beautiful, don't you agree? Here's another one: 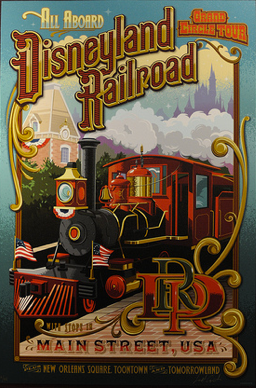 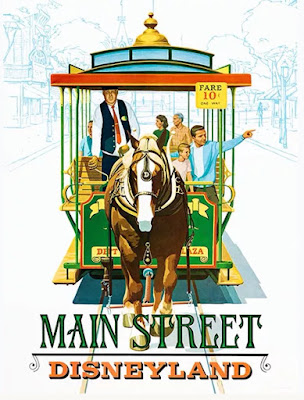 The Horse Drawn Streetcars have their own poster, an ode to an old-fashioned form of transportation dow Main Street U.S.A. In contrast to the others, the background remains as a blue-lined sketch. It's quite nice, isn't it? 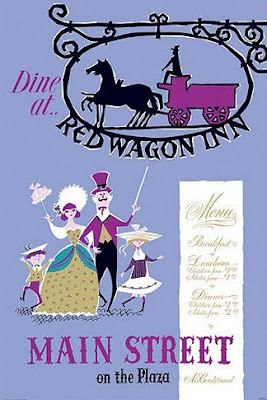 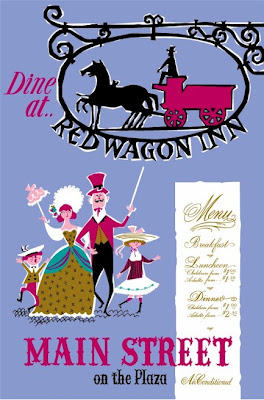 The Red Wagon Inn restaurant was the predecessor to the beautiful Plaza Inn and operated by that name until the mid 1960s. Again, the colors in these two posters are slightly different. 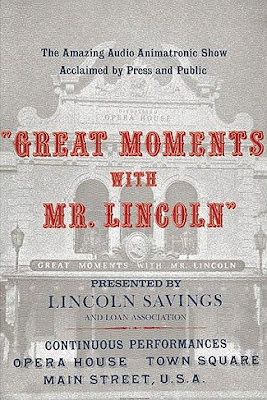 Over the years, multiple versions of attraction posters appeared to advertise this most patriotic celebration of  the greatest president the United States has ever seen. The poster above advertised the attraction at opening. 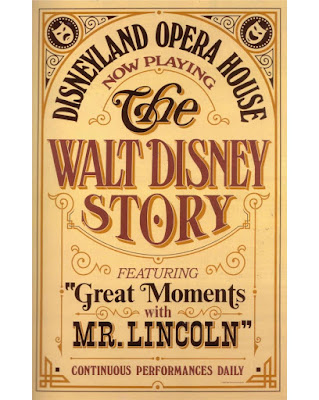 These posters from icollector.com

Werner Weiss, from the terrific Yesterland site, provides a great story about The Walt Disney Story with and without out Lincoln. Thank you, Werner! 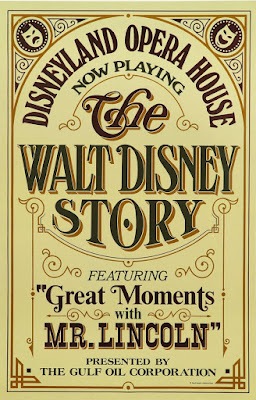 The poster here shows the attraction as The Walt Disney Story, the new attraction at the Disneyland Opera House. Mr. Lincoln was gone for a season, but here, he does finally return in 1975 due to visitor complaints. 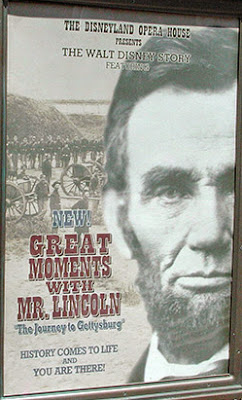 With new but oddly misused audio technology, the President returns in 2004. Werner Weiss also provides a photograph of the poster. (I have yet to see another image of this version.) 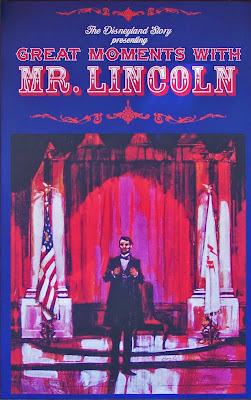 And the 2010 "playbill" poster version- via another terrific Werner photograph. 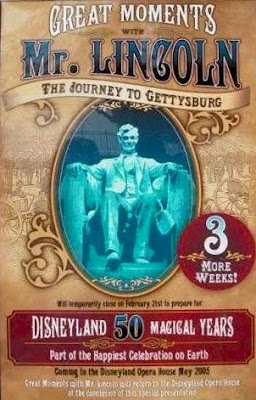 Here's the poster for the attraction as Disneyland celebrates its 50th Anniversary.