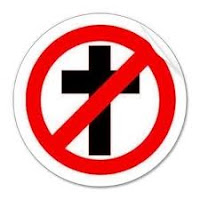 Guess it had to happen one day.

Saturday, atheists and skeptics proud of their disbelief, proud of their "intelligence" over God and the Biblically minded masses, gather in Washington D.C.'s National Mall to show the world what they are made of. With guests such as British spokesperson Richard Dawkins leading the way, the "Reason Rally" is sure to attract the attention of anyone foolish enough to think this beautiful creation is all an accident. Just a cosmic explosion that resulted in layers of complexity and incredible order. Man's "wisdom" is foolishness to God, isn't it?

Before Christian readers rejoice at these comments, a challenge. Just as this group rallies to show what they are against, how many times do we as believers do the same? Instead, without lowering God spoken standards we find in the Bible or changing it to reflect a culture that is continually moving away from God, wouldn't it be better to share the hope we have in Jesus Christ as we surrender to Him and His ways for the forgiveness of our sins? And share The Good News in love without skirting the issues?

The battle lines between secularism and Christian faith continue to be drawn, yet every other belief system gets a "pass". Why? Jesus said he is the only way to God, so the lines were drawn by Him long ago. Even more clearly, he said we were either for him or against him.

Let me say it clearly, Christianity is not a belief system- it is a living relationship with the only God made Man Jesus Christ. To be a true Christian means living your life for His purposes. All else is just philosophy. You can't truly know and love Him and act like you get to make the rules.
Posted by Mark at Friday, March 23, 2012